How To Tell Someone to Stop Infringing Without Getting Sued

By Stephen B. Schott
An Article in Schott, PC’s IP Law for Startups Series 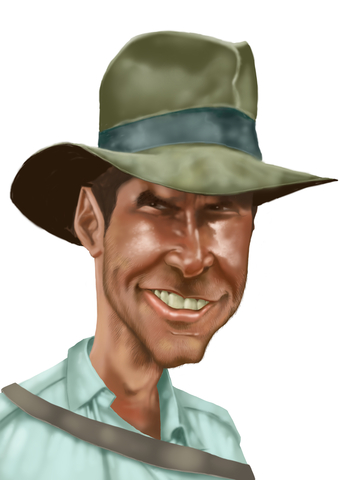 Dear Dr. Jones,
It has recently come to my attention that your product, the Gadgetron, may infringe our client’s [patents, trademarks, copyright]. In order to avoid a costly lawsuit, during which you would have to pay large sums of money and which could result in the loss of your business, my client is willing to offer you a nonexclusive license under the attached terms. If you execute the license and send the payment mentioned in section 4, we will consider this matter closed…

No one wants to receive a cease and desist letter like this and few people are all that excited about sending them. But if you send a cease and desist letter, it’s good to know the risks and how to craft one to avoid getting yourself hauled into court before you’re ready.
Sue me? No, I’ll sue you [for punitive damages you’re giving me]
It may seem unfair that someone who is infringing your intellectual property could sue you—but the Declaratory Judgment Act allows a party to bring an action for non-infringement or invalidity when “a case of actual controversy” exists between parties. The rationale is that the accuser should be allowed to clear their name and the declaratory judgment action (or DJ action as they are often called) allows a person accused of infringing to do just that.
The accused infringer has at least two advantages in a DJ action: (1) The DJ action allows the accused infringer to pick the court most convenient or advantageous to it, and (2) The accused infringer is suddenly on the front foot and may take the accuser by surprise.
What can you write in your cease and desist letter to avoid a DJ action?
If you own IP and want to send a cease and desist letter but avoid a DJ action, you must tread carefully: The courts have set a low threshold for what constitutes enough conduct to invite a DJ action. The Supreme Court’s Medimmune DJ test asks whether “the facts alleged, under all the circumstances, show that there is a substantial controversy, between parties having adverse legal interests, of sufficient immediacy and reality to warrant the issuance of a declaratory judgment.” That’s a mush-mouth full of dependent clauses but the critical language is whether the accuser’s conduct creates “sufficient immediacy and reality” about a legal controversy. In layman’s terms: Are you afraid that you might get sued?
The courts have left a few breadcrumbs signaling how to avoid writing a letter that gives rise to a DJ action. The Supreme Court left a helpful hint in Medimmune:

[A] communication from a patent owner to another party, merely identifying its patent and the other party’s product line, without more, cannot establish adverse legal interests between the parties.

The Federal Circuit gave another helpful piece of advice when it advised that an accuser may avoid a DJ action if it conducted pre-filing discussions under a confidentiality agreement, since discussions under such an agreement would be inadmissible. (3M Company v Avery Denison Corp.)
Thus, a letter written something like this could well avoid creating a “sufficient immediacy and reality” of a threat:

Dear CEO,
Our client is the owner of US Patent 6,332,840. While reviewing your website, we recently came across your product, the Awesome Toy.
We would like to discuss the patent and this product line and suggest that doing so would be best done under a confidentiality agreement [the confidentiality agreement should include a clause prohibiting either party from filing a lawsuit during some term—see Biomet, Inc. v. Bonutti Skeletal Innovations, LLC.], attached hereto. Please let us know if this is acceptable by returning the signed agreement to us, and we will countersign it and arrange a time to discuss this further.
Sincerely,
Matlock

Even a toothless letter like this might not avoid a DJ action because whether a case or controversy exists is decided on a case-by-case basis. But the above letter follows courts’ specific advice on how to craft a letter to avoid a declaratory judgment lawsuit, namely:

Cease and Desist Letter Ingredients to Avoid a DJ Action
(1) It identifies a patent and a product line, without accusation of infringement.
(2) It includes a nondisclosure agreement, which would mean that any conduct after the nondisclosure agreement’s signing (and during its term), such as a specific allegation of infringement, would not be admissible to support a DJ action.
(3) It might include a provision to specifically not sue for a period of time.

A letter that includes these may be safe to send, although I can’t say it enough: The bar for a DJ action is low and each case is decided on its own set of facts.
How low is the threshold to support a DJ action? Oh, it’s low alright.

Take the case of Hewlett-Packard Company v. Acceleron LLC as a warning when crafting your cease and desist letters.
On September 14, 2007, Acceleron sent a letter to HP identifying its patent and certain products of HP. So far, so good under Medimmune. Acceleron also requested an agreement that “all information exchanged between the parties will not be used for any litigation purposes whatsoever…or [that it] otherwise created any actual case or controversy regarding the enclosed patent.” Acceleron gave a two-week deadline for reply but did not specify what it would do if HP failed to respond.
On October 1, 2007, HP responded and suggested that it would not file a DJ action for 120 days in exchange for Acceleron agreeing not to file any action against HP during the 120 days.
On October 5, 2007, Acceleron responded with its own letter arguing that HP had no basis for a DJ action and again requested that HP respond within 2 weeks—again without threat of what it would do if HP failed to respond. Acceleron appears to be trying hard to avoid the DJ action in these letters, nevertheless, on October 17, 2007 HP filed a declaratory judgment action for non-infringement and invalidity of Acceleron’s patent.
Weighing all the facts, the court held that “it was not unreasonable for HP to interpret Acceleron’s letters as implicitly asserting its rights under [its] patent.” According to the court, Acceleron’s conduct permitted HP’s right to bring the DJ action:

As was suggested in Medimmune, the Federal Circuit noted that “a communication from a patent owner to another party, merely identifying its patent and the other party’s product line, without more, cannot establish adverse legal interests between the parties,” which supports the guidance that the toothless letter proposed above may avoid a DJ action.
What to do if you don’t want to write the toothless letter

If you don’t want to write the nonthreatening letter above but also don’t want your accuser to choose the forum in which to file a DJ action, you can file your own lawsuit first in the forum of your choosing. You don’t have to serve your complaint immediately, so if the accused infringer files a DJ action after your filing but before your filing expires, you will be in a lawsuit, but at least in a forum of your choosing.
If you have questions, contact me.
If you want IdeaEsq delivered to your inbox, sign up for the daily or monthly newsletter.
© Davisales | Dreamstime.com – Indiana Jones Caricature Photo