An Article in Schott, P.C.’s IP Law For Start-ups Series
By Stephen B. Schott 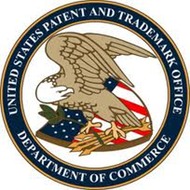 As promised when the Supreme Court issued Alice, the answer to the question “What is patentable?” will be developing over the next several years. But just a few weeks removed from the decision, the USPTO has issued the first of its guidelines for how it will deal with applications after Alice.

The USPTO Guidelines
Shortly after the decision, the USPTO issued preliminary examination instructions to its examiners to help them follow Alice. This often happens as the USPTO adjusts its practices in the wake of a significant case or change in the law.

Step 1. “Determine whether the claim is directed to an abstract idea.”
The USPTO gives a few examples of “abstract ideas” such as “fundamental economic practices, certain methods of organizing human activities, an idea of itself, and mathematical relationships/formulas.”

Claim limitations referenced in Alice that may be enough to qualify as “significantly more” when used with an abstract idea include:

Claim limitations referenced in Alice that are not enough to qualify as “significantly more” when used with an abstract idea include:

Former Federal Circuit Court of Appeals Chief Judge Michel stated that this “something more” test is “vague” and  leaves some patent owners and their lawyers “put to sea with no chart.” The USPTO’s guidelines can’t correct that defect in the Alice opinion, but they at least give us some initial guidance.